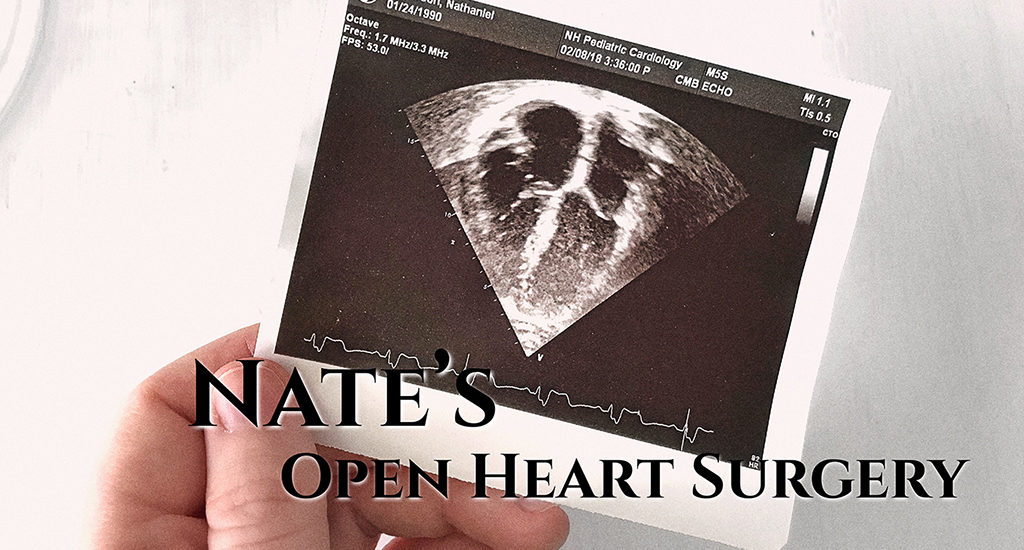 Have you ever gone through a period in your life where you’ve reached your breaking point only to find out you were stronger than you thought?  The key to not letting it break you is so simple. It is to realize while, YES, we are living in a world full of evil and sadness, there still exists a strength and power that can only come from One place. And, this strength WILL overcome anything.

There were moments, when the elevator doors would close behind me leaving me alone on my long walks from the ICU to the bathroom in the middle of the night, that I had to choke the tears back. It was emotion that came from a mixture of not sleeping for days, the fact that my husband was lying in a hospital bed with tubes and IVs in his body, and the disappointment that comes with family and friends not being there or sending you even just the simplest of texts.

In the split-second of all these thoughts and feelings hitting you at once, you have a choice to make. Keep dwelling on it and go down with it or remember the ones who have been there for you through the difficult time.

From my Mom, sitting in the waiting room for hours every day just to keep me treading water by bringing coffee, my Dad, taking me to see Nate right after surgery and making sure I didn’t pass out, to the support group I had during his surgery: my brother making me eat, my besties/sisters Camryn and Hayden both bringing me gift bags full of goodies, Nate’s parents, Kate, Susan, Alan, and Sandy being there to pray and bring me food, my sister Lauren texting me, “I love you!”, Tiffany my bestie/cousin supporting me over snapchat, my cousin-in-law texting for updates. I realize that all that love and support was way more than I deserved. Yet, this selfish sad little pang still happened in my heart every time those doors closed.

But, in those moments, it was my choice to be strong and to open my mouth and thank Yahweh for being that strength inside of me and for always reminding me that my path is not dictated by those whom I wished had lived up to my selfish expectations. He kept reminding me that I must continuously humble myself before Christ in order to gain His strength, remembering the ONLY thing that I have control over is my own actions. After all, I was there to help Nate heal from his wounds and not to focus on my own.

Neither Nate nor I could sleep knowing we had to get up at 2:30am and drive to the hospital where he would have his pulmonary valve replaced. All the anxiety was setting in hard. We prayed just as hard and packed, trying to distract ourselves. During this time, however, we did know that it was all in God’s hands and this fact helped to give us a sense of peace. I don’t really know how else to explain what we were feeling other than to say that we were absolutely anxious and yet perfectly at peace. A combination you wouldn’t think could co-exist together; however, I think this was happening because we were feeling our human nature and the nature of Christ, both of which dwell inside of us.

Nate was taken to the OR and his open-heart surgery started at 8:30am. We were told the operation could last anywhere from four to six hours….it was completed in only three. Miraculously, it was finished by 11:20am!! (All the praise hands!!!) There were a lot of happy tears shed and an air of relief when the surgeon came to talk with me and said that Nate’s surgery went like a dream. But, surprisingly, I soon discovered that the surgery was going to be the easiest part of his hospital stay.

As soon as I was allowed to, my dad and brother took me to see Nate for the first time after surgery. The first photo you will see is how we saw him and how he would be for the next 7 hours. He looked so good, his skin color was normal, and all his vital signs were strong. At first, I was doing great, then the room started to spin. In that moment I had my first glimpse of just how hard the rest of the week was going to be for me. So, my dad took me to get something to eat and drink. Then, I settled in for the longest night of my life.

I’ll tell you what, not sleeping for 2 days was much easier when I was a little girl. But, around 9:30 the night after his surgery I passed out, only to be woken up a few minutes later by a nurse who was shouting that I had to evacuate. Apparently, an emergency procedure was being performed in the ICU and according to hospital policy, everyone that wasn’t a patient had to leave. Unable to see straight and very confused, I couldn’t comprehend what this nurse was telling me, forcing him to repeat himself several times. And to make the whole thing worse, Nate had a look of horror on his face as I was being forced to leave his side. He was still coming out from under the effects of the anesthesia and was pretty confused himself.

As I was being evacuated, I could see doctors opening up a patients chest not 10ft away from me. All I could think about was how thankful I was that Nate was in such a nice ICU that had the capability of performing emergency surgery on the spot when necessary.  All this making for another night without sleep for me.

After a night I thought would never end, was a day full of pain for Nate. As a matter of fact, the next few days would be that way for him; but thankfully, nothing really bad happened other than a negative reaction to some medication and that didn’t last too long, thank God.  He also walked for the first time after surgery on this day and did so good!

These days were full of pain, little sleep, more and more walking along with having his tubes and IVs removed. As his pain diminished, the days started to go by a little quicker. I don’t think I will ever look at Panera the same way again after that week. They truly kept me alive with their dark roasted coffee and chocolate chip cookies.

Home has never felt so good! While Nate and I wish we had been able to have our house ready to move into before his surgery, it’s kind of nice we didn’t. Seeing that I am having to do everything on my own for now while his breast bone heals, not having to unpack is a plus! Nate, however, has been going crazy watching me doing all the heavy lifting by myself. He is not used to just sitting there while work is being done around him, and he has over done it a few times trying to help with the things that he is able to do. This had caused the inflammation he already had around his lungs to increase and sent us to the hospital several times because this fluid was growing and becoming really painful. But, thankfully, as of July 13th, the fluid has started to go down.

As you scroll through the photos below I hope you see just how amazing our God has been despite the hardship we have endured. I am so blessed to have such an amazing husband, family and friends—even though there are times I must remind myself of this. My hope is that these moments continue to keep me humble and that God never stops performing His open-heart surgery on me. Remember, it is our choice to be strong but that strength is only possible through Yahweh. 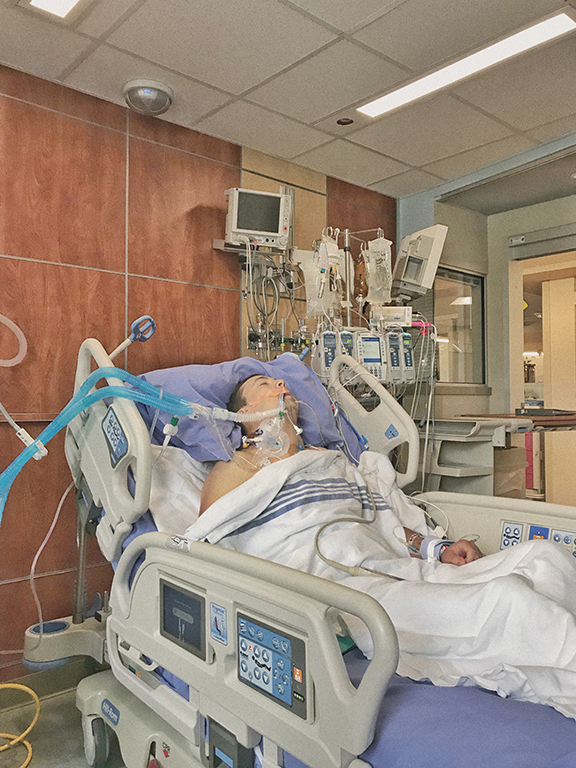 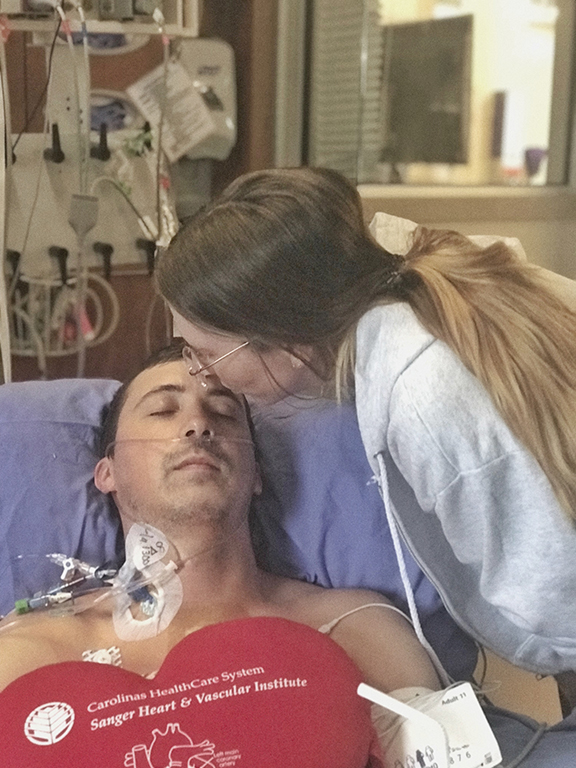 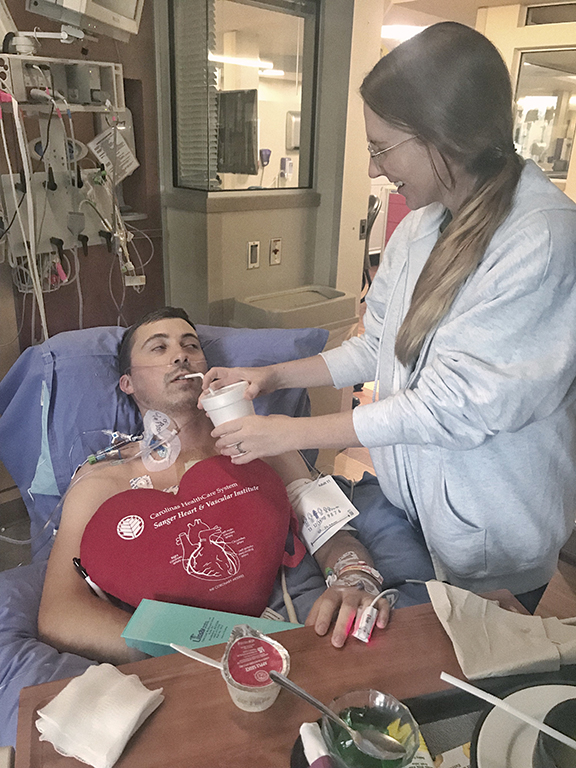 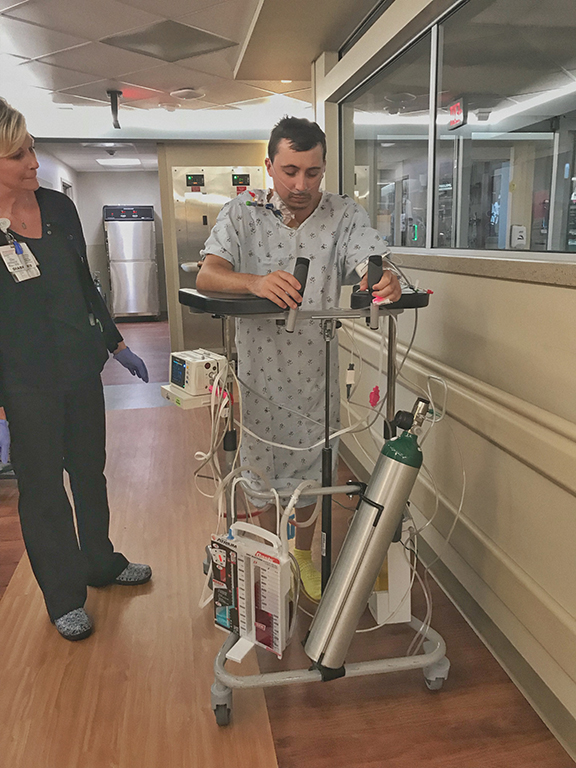 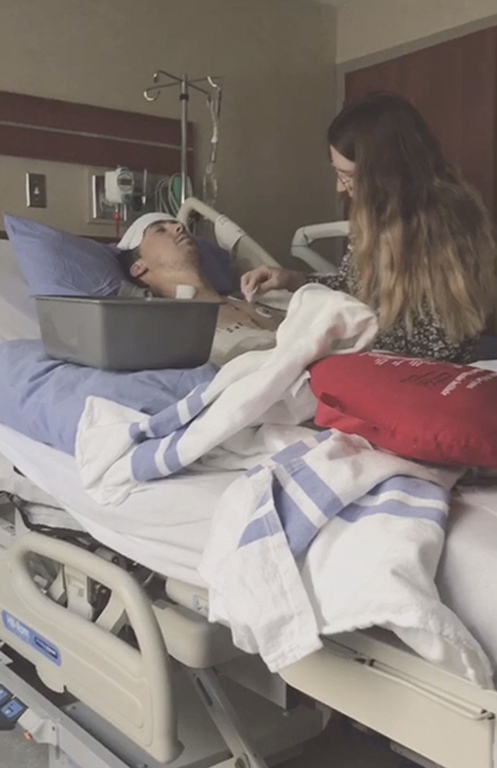 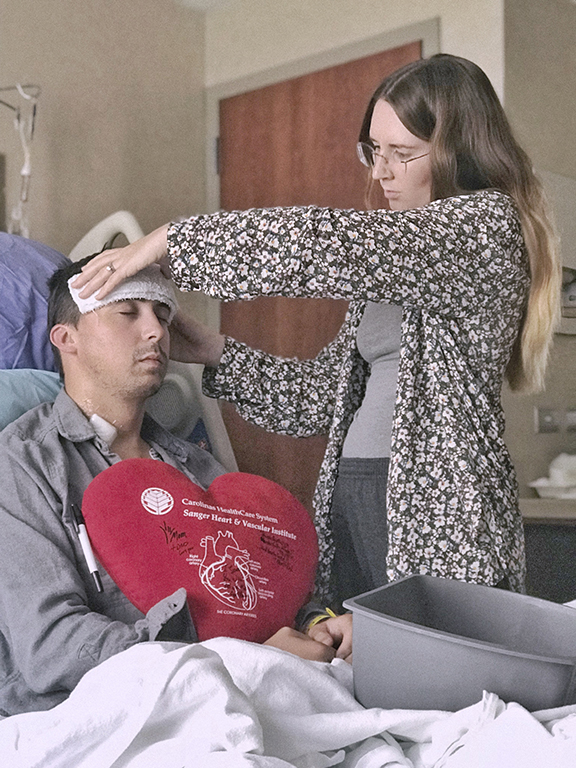 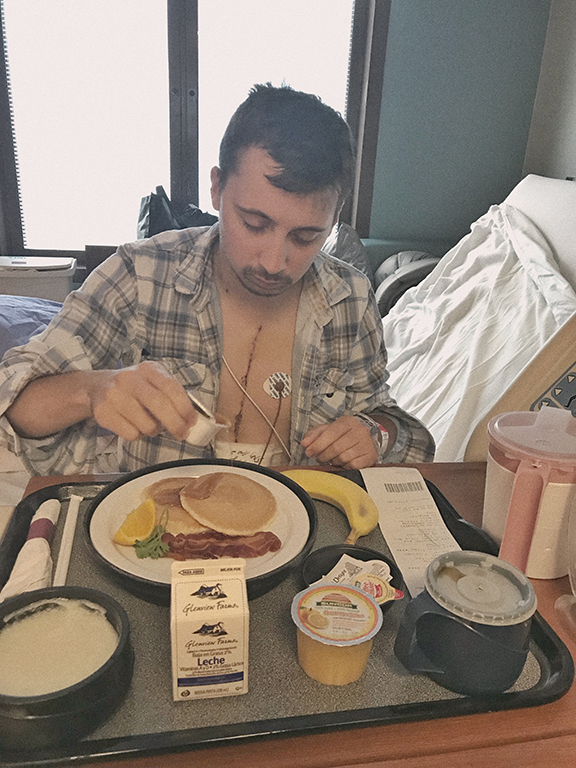 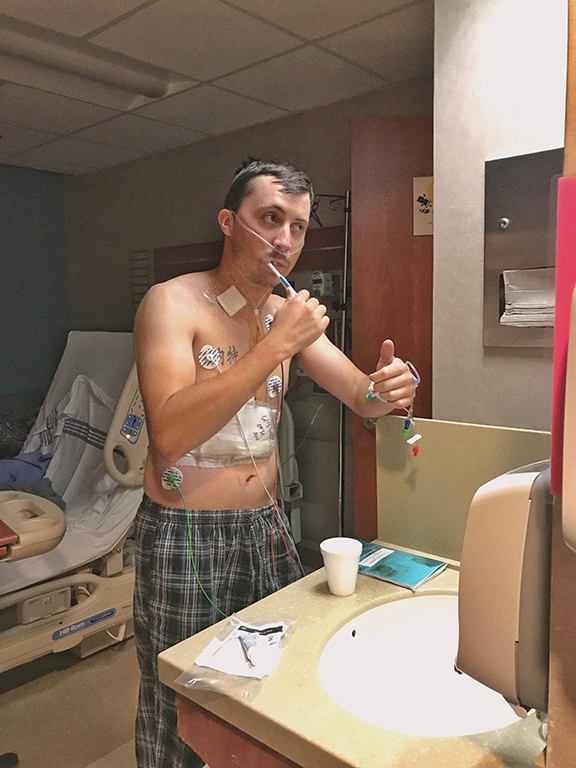 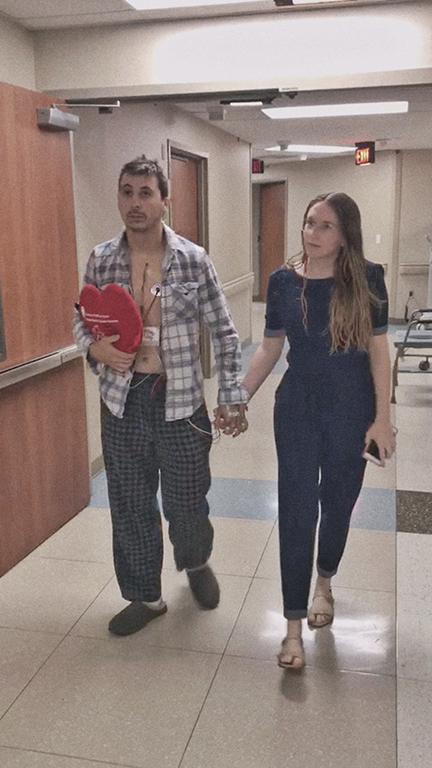 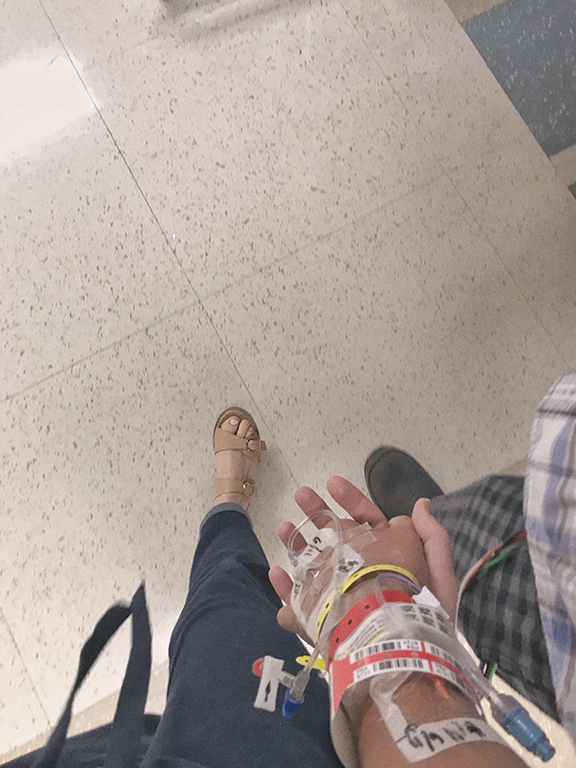 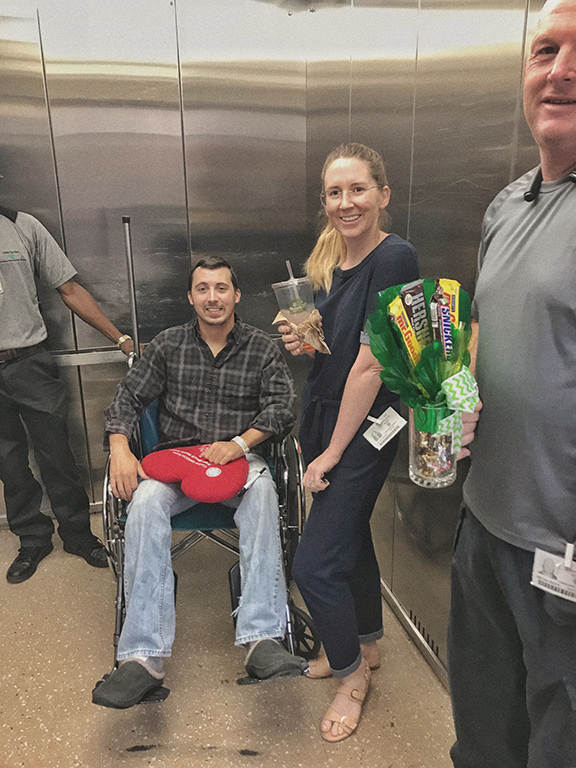 Found this little guy in my umbrella today 🐸☔

Noz and his feather 🥰